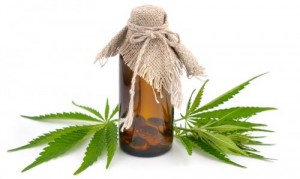 As most people are aware, Cannabis is illegal in most parts of the world, however that could all be changing soon as more and more research is showing the potential of this natural plant to treat many illnesses from Colitis and Crohn’s to arthritis, depression and MS. Cannabis oil in capsules may be the healthiest way to ingest and benefit from the healing properties of this medicine. Cannabis oil may also be useful in suppositories.

Although most cannabis miracle stories are based on anecdotal evidence, a 2013 study conducted in Israel at the Meir Medical Center has shown that most participants experienced either a significant reduction or full remission of their ailment after only eight weeks of smoking two joints per day.

Because this study was conducted outside the United States, potent samples of cannabis that are high in THC were able to be used. Cannabis provided to participants contained herb that was 23 percent THC and 0.5 percent CBD. The study involved a control group that was given a placebo. All participants suffered intractable forms of Crohn’s that did not respond to conventional treatments.

Of the participants given real cannabis, half experienced a “complete remission,” while the other subjects enjoyed a 50 percent decrease in Crohn’s symptoms. Not surprisingly, the study reported:

A 2011 study published in the European Journal of Gastroenterology and Hepatology revealed that about half of IBD patients had used cannabis to treat their condition. 51 percent of ulcerative colitis patients and 48 percent of Crohn’s sufferers were found to be lifelong cannabis users — strongly suggesting that cannabis delivers levels of efficacy and symptom reduction not found in most conventional pharmaceutical drugs.