Original article on The Gaurdian

For hundreds of thousands of years, worms have been infecting humans, burrowing into our bodies, setting up shop in our organs and generally making themselves at home. Until about 150 years ago, nearly everyone who ever lived was probably infected with some parasitic worm or other. Worms can cause intestinal problems, anaemia and, depending on the species, more severe problems, including seizures and paralysis. But, with modern sanitation, we have eradicated them from many parts of the world – a great public health success.

However, growing numbers of scientists have begun to argue that the loss of these parasites, known as helminths, has led to a spike in a range of illnesses, including autoimmune diseases, allergies and asthma, and even depression and other mental health problems. They say that worms, or drugs developed from them, could be potent treatments for these ailments, superior to current approaches, and with fewer side-effects.

“Our bodies, especially our immune systems, have evolved to expect input from these creatures,” says University of Iowa immunologist David Elliott, who has studied helminths for more than a decade. “Without this feedback, the immune system can get badly off track.” 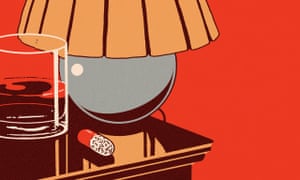 The first study of helminths as a treatment was 40 years ago, when JA Turton, a parasitologist in Surrey, dosed himself with hookworm and found that his chronic hay fever disappeared. In the past decade, helminth research has expanded significantly; so far, it has largely involved animal studies, which have mostly found positive results. “I can give a mouse multiple sclerosis, rheumatoid arthritis or colitis, and when I give it worms, the disease goes away,” says Elliott. “Can we do that in humans too? I don’t see why not.”

There have been just a handful of human studies: perhaps the most well-known is by Joel Weinstock, a gastroenterologist at Tufts University in Massachusetts, which examined the effect of worms on patients with inflammatory bowel disease. Almost 75% of those who ingested the worms were cured, especially noteworthy given that they had not been helped by more traditional treatments. But research with human subjects is difficult, largely because of regulatory obstacles; many worms are considered hazardous pathogens.

It is not clear exactly how helminths help their human hosts. They appear to have developed molecular strategies to hack into our immune system, reining in its response to alien cells. In allergy, asthma, autoimmune diseases, and probably many other illnesses as well, this inflammatory response is excessive, and ends up damaging the body. It makes sense that helminths would have found ways to calibrate our immunity; as long-term parasites, their survival depends on neutralising the host’s defences. “They can live in our bodies, and we can stay healthy and they can stay healthy,”’ says Weinstock.

He is among a group of researchers who are focusing on finding the particular molecules that allow worms to manipulate us. The aim is to develop these molecules – or analogues of them – into medicines. “By understanding what the worms do, we may be able to develop magic bullets,” he says. This approach has advantages over using the worms themselves: dosing would be more controlled, and patients wouldn’t be disgusted.

Others are sceptical, arguing that helminths are extremely complex and probably use multiple mechanisms to nullify our defences. “It’s hard to recreate complex biological interactions,” says William Parker, an immunologist at Duke University in North Carolina. “These organisms are their own living drug-delivery systems. They have so many effects on their hosts.”

The arrival of worms-in-a-pill, if it happens at all, is probably years away. But a handful of companies already offer live worms to consumers. Judy Chinitz and Marc Dellerba started their helminth supply company, Biome Restoration, in the UK three years ago, and have more than 1,200 regular customers. They ship microscopic larvae – which grow into worms after being swallowed – all over the world. Dellerba, who has a PhD in chemistry, oversees a rigorous manufacturing process.

Biome Restoration worked with the Medicines and Healthcare Products Regulatory Agency, which permits the company to sell the organism as a non-pharmaceutical product. But much of this commerce exists in a legal grey area, because many health regulatory agencies, including those in the UK and the US, deem most helminths to be pathogens that cannot be transported.

Some people are now taking the DIY route, raising helminths themselves. Parker estimates that 7,000 or so people worldwide have used worms as medicine in the past few years. There are several vibrant online communities where devotees discuss the best worm-raising regimens and the most effective dosing strategies.

One key question: which worm works best, for which ailment? Researchers, suppliers and consumers have identified a few promising species that fit the key conditions: they don’t cause serious health problems, don’t reproduce in humans, can’t spread from person to person, don’t migrate within the body, and can be eradicated with anti-worm medicines. Almost all of those who use worms ingest one of four different species: rat tapeworm, pig whipworm, human whipworm, or human hookworm.

Parker and his researchers have gathered data from hundreds of users and growers. “I’m convinced,” he says. “Based on the evidence I’ve seen, it is very effective,” he says. “It has a really good benefit-to-risk ratio, especially for serious autoimmune diseases such as multiple sclerosis and inflammatory bowel disorder.”

Not surprisingly, though, some scientists are suspicious of the current use of helminths, calling it unscientific, premature and possibly risky. Parker, too, recognises that more research is necessary: “It’s a slow process, but I think it’s inevitable that it will significantly change how we treat these diseases.”